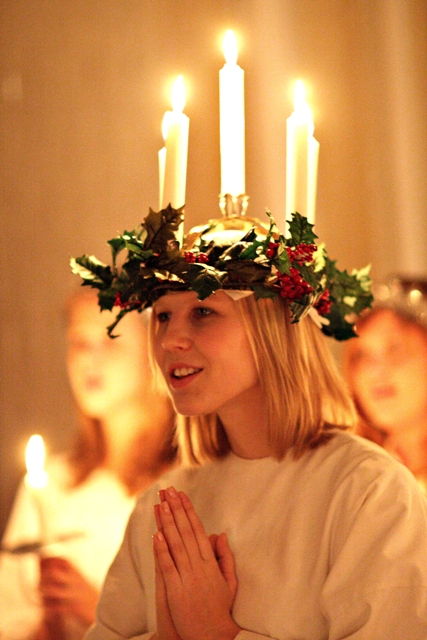 One of Andersonville’s many traditional Swedish events, in past years, St. Lucia begins with a torch-lit procession down the sidewalks of Clark Street, kicking off at the Swedish American Museum, 5211 North Clark St. The procession highlight is the appearance of the specially chosen “Lucia Girls,” who will lead the crowd, wearing long white robes and beautiful crowns of candles and singing “The Lucia Song.” Children and adults also join in the procession.

The Lucia festival is a popular, though relatively modern, tradition in Sweden and Swedish communities worldwide. Lucia was an Italian saint, born in about 284 A.D. in Sicily. Known for her generosity in feeding the poor and homeless, St. Lucia was executed at the age of 20 during the Romans’ persecution of Christians. During the 17th and 18th centuries, the Lucia legend came up to Sweden through Germany. The first public Lucia celebration was held in Stockholm in 1927. The Swedes’ affection for the Lucia festival is due partially to the timing; Lucia festivals provide a ray of light during the winter solstice, the darkest time of the year in Sweden.

Almost every town in Sweden chooses one girl to be that year’s Lucia girl and lead the town’s Lucia parade. The chosen girl wears a white full-length chemise with a red sash around her waist, and a ring of lingonberry sprigs on her head. The wreaths hold real candles, which give the effect of a halo. The Lucia girl is joined by a group of Lucia attendants and Star Boys, who together form a choir that sing Christmas carols and the traditional Lucia Song. Individual families also choose their own Lucia – usually the oldest daughter — whose duties are to sing and serve the family saffron buns and peppakakor. 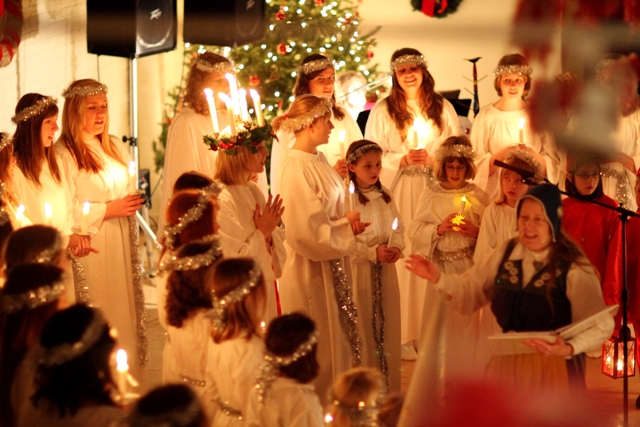 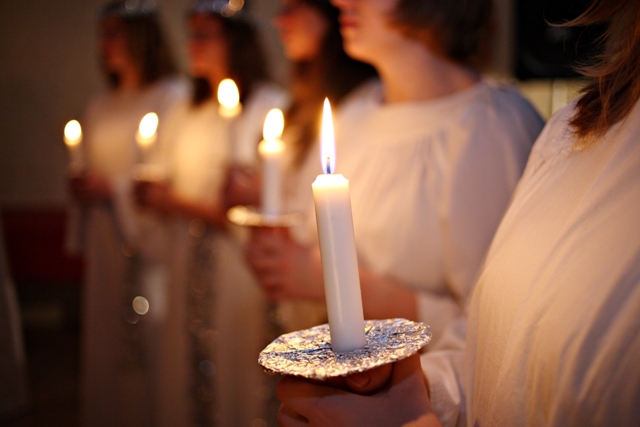 Chicago’s Andersonville neighborhood was first settled as a Swedish farming community after the Great Fire of 1871, when Swedish enclaves on the near north side of Chicago moved further north. Today, Andersonville still honors its Swedish traditions, while hosting a vibrant, diverse community with many cultures.